Potential changes on the horizon for bankruptcy eligibility 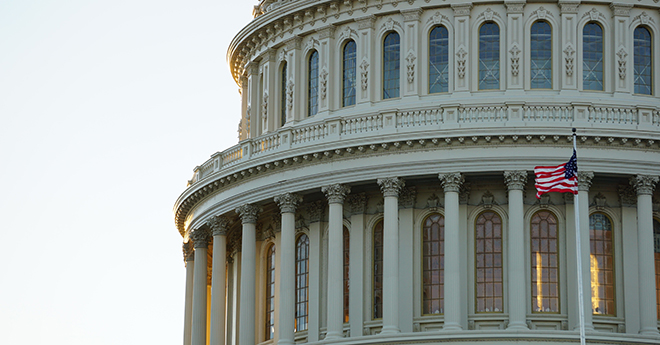 A common question many people ask when contemplating bankruptcy is: “Do I have too much or too little of debt to file?”

As a general rule, there are no debt limits that prevent a filing; you can always file for bankruptcy.  The question is which type of bankruptcy do you qualify for because there are limits for specific versions of bankruptcy.  As it stands now, the limits are:

The only recent change to the limits affected the Subchapter V Small Business cases. When first addressing bankruptcy and the COVID-19 Pandemic in March of 2020, Congress increased the Subchapter V debt limit from $2.7 million to $7.5 million through the CARES Act. In March 2021, this limit was extended through the subsequent CARES Act, which is set to expire on March 25, 2022, and the debt limits on Subchapter V will revert to their original amounts.

However, legislation was introduced on March 14, 2022, in the Senate by Senators Grassley, Durbin, Whitehouse and Cornyn to address debt limits for both Subchapter V and Chapter 13 bankruptcies. In the proposed legislation, the Subchapter V debt limit increase would be made permanent.

Additionally, the debt limit for Chapter 13 Bankruptcy would increase to $2.75 million.  The bill would also eliminate the current distinction between secured debt and unsecured debt.  The courts would only look at total debt.

The bill has bi-partisan support and was sponsored by the Chairman and Ranking Member of the Senate Judiciary Committee, which has made some Congressional forecasters believe it is on the fast track and could quickly move through the Senate. Some are hypothesizing the goal is to pass this legislation before the CARES Act sunsets on March 25, 2022.

How does this affect you?

The Subchapter V Bankruptcy came into existence in February 2020. The original debt limit existed for about two months before Congress increased it.  As such, there are few if any companies or individuals who were forced to file standard Chapter 11 Bankruptcy due to the debt limit. By making this change permanent, Congress will simply codify the standard that most bankruptcy attorneys have used to advise their clients if a Subchapter V is the right filing.

Most people will not notice a difference due to this change.

The real change will be in the Chapter 13 filings. Individuals seeking to file a Chapter 13 are, by and large, wanting to protect assets — a house, car, investment, etc.. If they were to file a Chapter 7, those assets could be seized by a Chapter 7 Trustee. When they have found themselves over the debt limit, filers have been forced into filing a Chapter 11, which is more costly.

Anything that is proposed in Congress that has bipartisan support from the start has a better than average shot to become law.

Additionally, the March 25, 2022, deadline looms for Congress, so legislators are motivated to not let the debt limit lapse. There is a very strong chance that by April 2022, individuals seeking protection will have more options at filing and will ultimately save themselves costs and headaches.

If you have considered bankruptcy but been hesitant due to the amount of debt you have, contact an attorney at Sader Law Firm (816) 561-1818 to discuss the options available to see how we might be able to help your financial situation.